Andy MacKinnon. Andy is a forest ecologist who lives in Metchosin, BC. Since December 2014, he’s also served as a Councillor in Metchosin. In the 2017 and 2020 provincial elections, he was the Green Party candidate in the riding of Esquimalt-Metchosin.

After completing graduate work in mycology (the study of fungi) at the University of British Columbia in 1982, Andy worked as a forest ecologist for the BC Forest Service until his retirement in 2015. While at the Forest Service, he was responsible for ecosystem classification and mapping and for a program of forest ecology research focused on old growth structure and composition, effects of climate change, and BC’s native plants, fungi and lichens. Andy’s recent research interests include ecology of BC’s ectomycorrhizal fungal species. He was lead BC scientist for Environment Canada’s 2017 ranking of Canada’s threatened and endangered fungal species.

Andy has taught rainforest ecology field courses in Bamfield and Tofino (for the University of Victoria) and Haida Gwaii (for UBC). He has also taught mushroom identification courses in Tofino (for the Rainforest Education Society) and in Victoria. He is co-author of six best-selling books about plants of western North America. He’s an Adjunct Professor at Simon Fraser University and a (retired) Professional Forester and Professional Biologist in BC. Andy was awarded an Honorary Doctor of Science degree by Simon Fraser University in 2013.

He is past-president of the South Vancouver Island Mycological Society (SVIMS), and an enthusiastic participant, speaker and field trip leader for various mushroom festivals in southwestern BC each autumn.

See also the biographical profile in the Capital Daily, March 11, 2021. 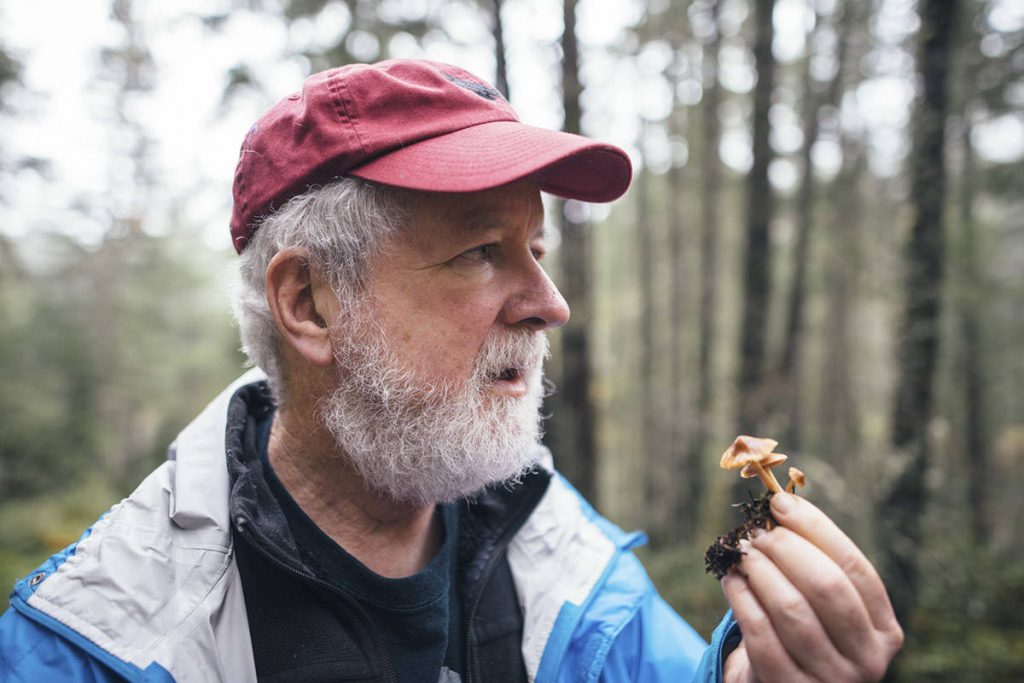 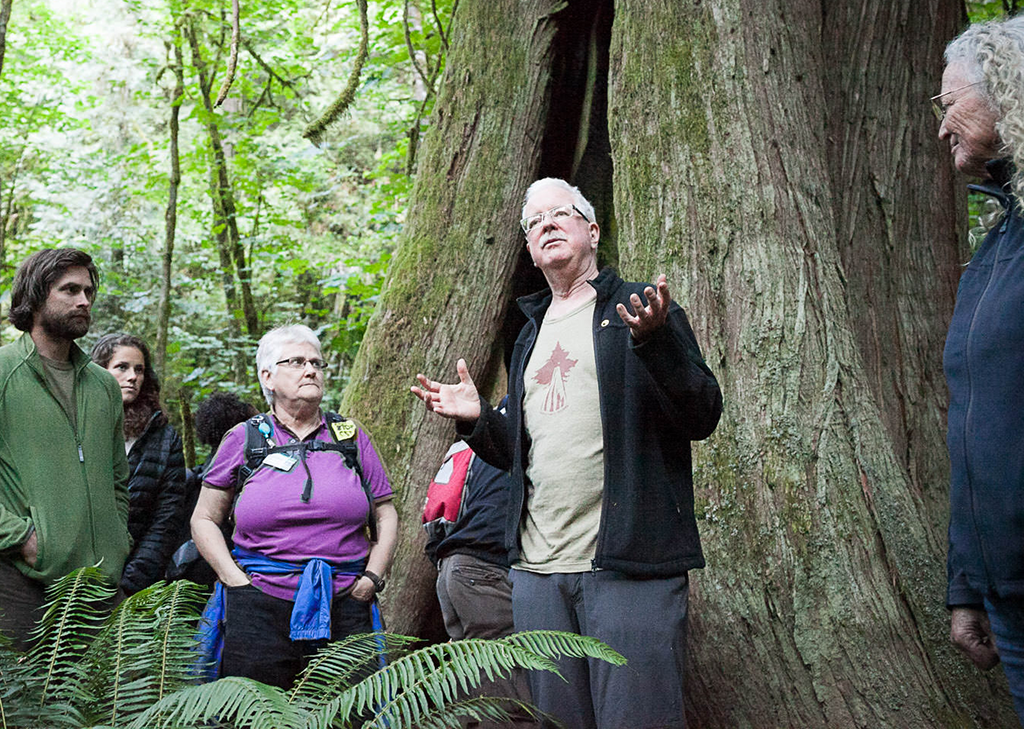 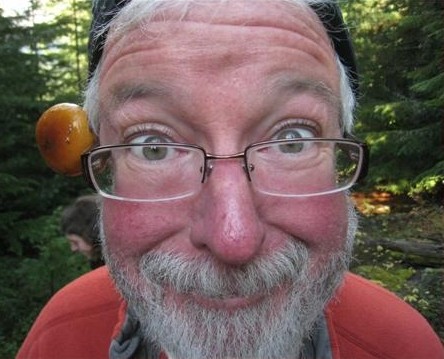 Kem Luther has lived in Nebraska, Illinois, Wisconsin, Virginia and Ontario. He currently resides in Metchosin, British Columbia. His wife, Jeanne, is an early childhood music specialist. They have two grown daughters.

He began writing for non-academic readers in the early 1990s. Besides his books  (described on his website), Kem occasionally writes for small magazines and newspapers. His essays have appeared in Saturday Night, Queen’s Quarterly, and The Globe and Mail. One of his articles, a finalist in the Canadian National Magazine Awards in 1997, was for several years excerpted in Harcourt-Brace’s student writing guide.

Two books have blossomed from Kem’s interests in the natural history of his British Columbia home: Boundary Layer (Oregon State University Press, 2016) and the new Mushrooms of BC (BC Museum Press, 2021).

A video of Kem and Kevin Trim doing a mushroom walk at the Whistler Fungus Among Us festival was made by the Whistler Pique Magazine. 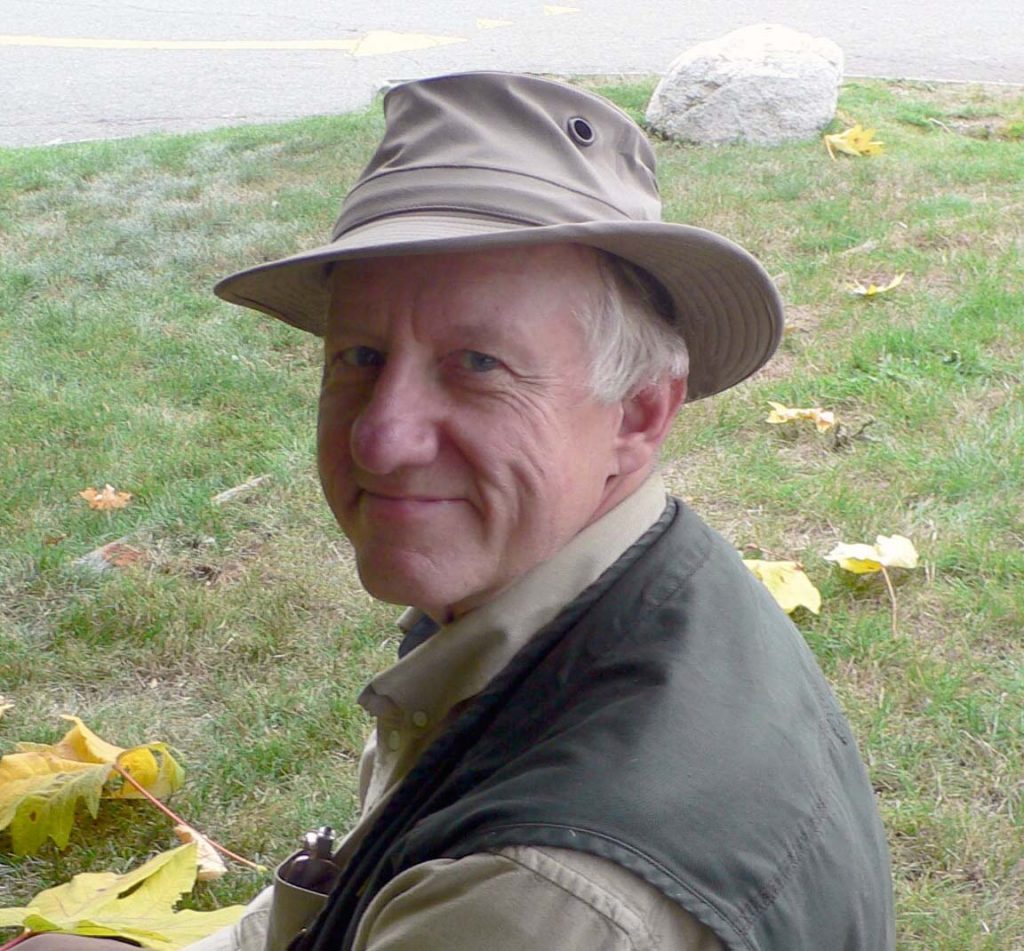 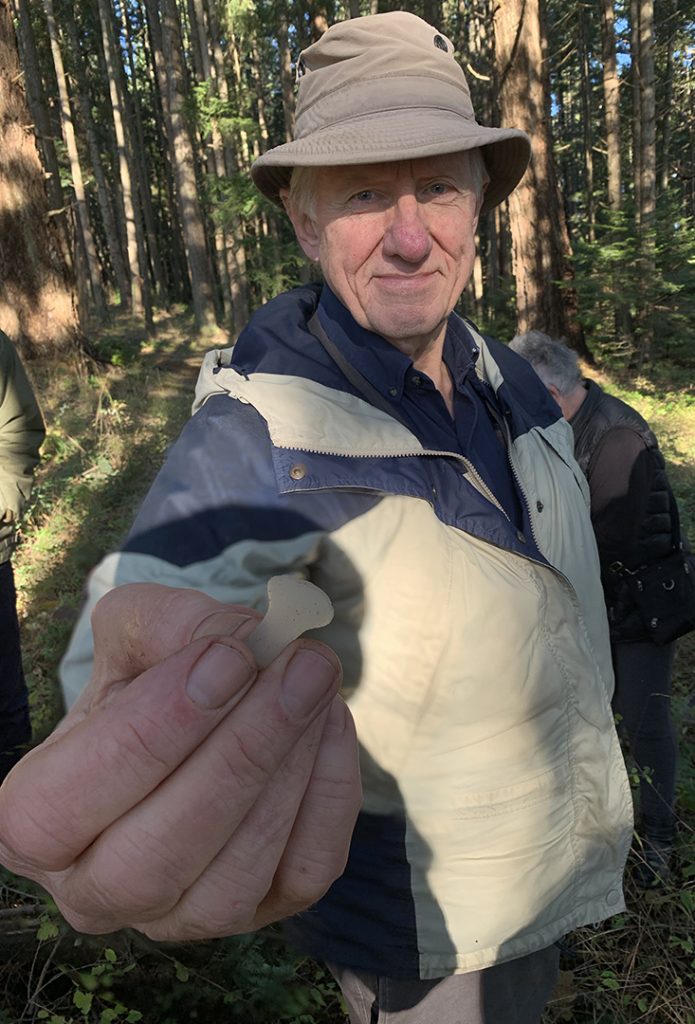